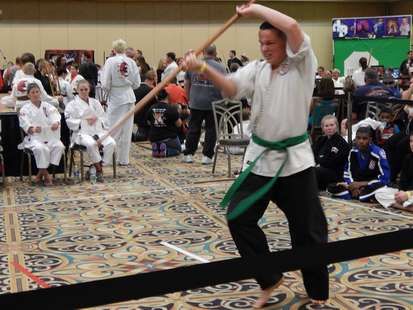 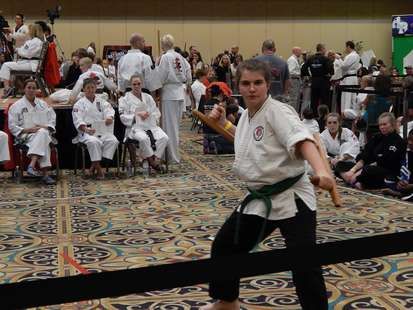 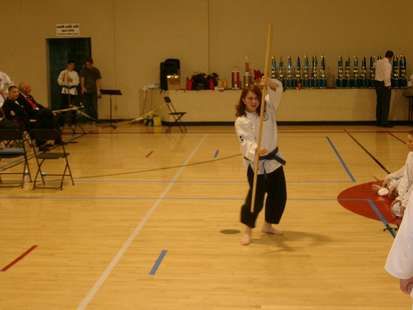 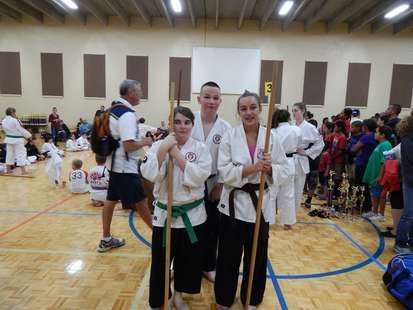 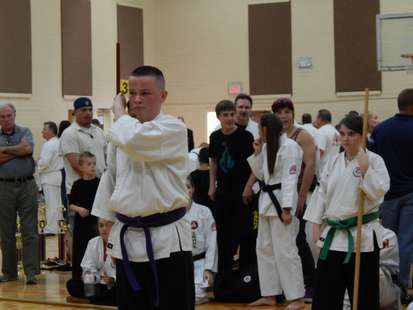 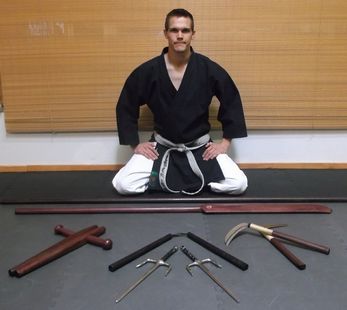 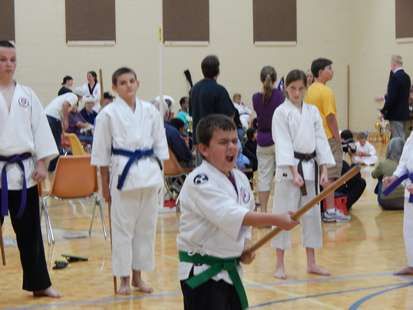 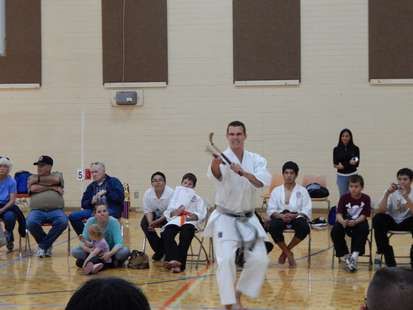 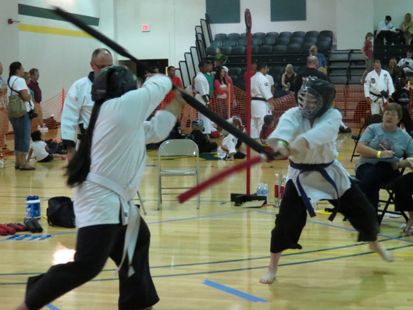 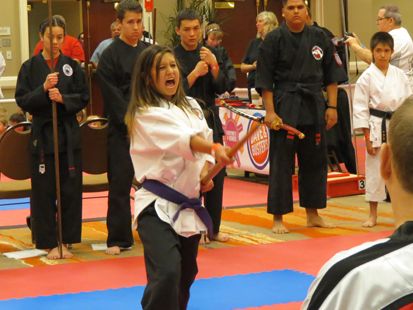 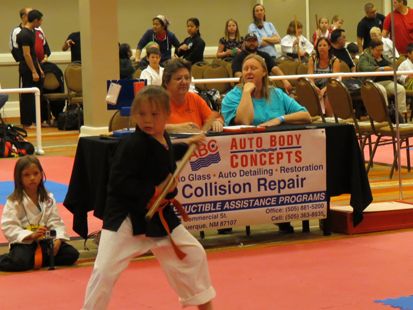 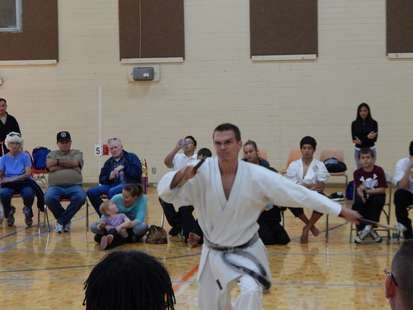 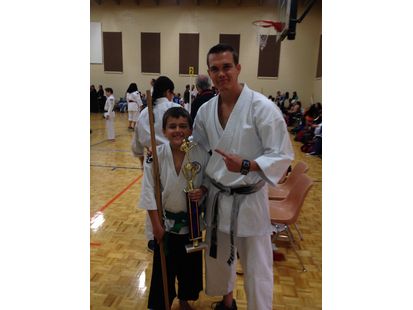 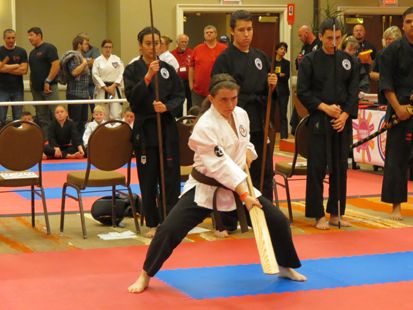 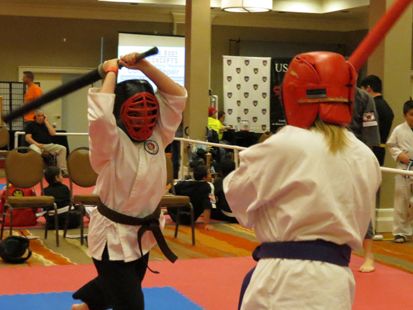 Kobudo literal meaning “Ancient Martial Way,” and refers to the weapons art of the Okinawan people.

This class is open to the public as well as registered Karate students.

Weapons is an upgrade class- Call or email for schedule

Kobudo or weapons training is a fundamental part of intermediate and advanced martial arts training in Shinpu-Ren. Weapons’ training helps complete a martial artist and preserves the rich history surrounding the use of Okinawan Kobudo.

Principles of Kobudo weapons teaches that you can use anything as a weapon – Shoes, purses, bags, belts, baskets, sticks, and any aspect from your environment as it extends the reach and power of your bare hands

Training with weapons in the martial arts helps teach the true value of life and emphasizes the fine line between life and death. Weapons’ training reinforces the importance of great mental focus and intense physical control.

All students must begin with a traditional Okinawan weapon, the Bo. Once the student passes The Basics of Bo Certification they are allowed to move into the Intermediate class.

Once Intermediate Kobudo Certification is achieved, the student may select their weapon of choice to train with, including bladed weapons. All weapons training includes several kata (forms) for each weapon and training in fighting techniques

The staff (Bo) has been used as a weapon by nearly all cultures worldwide. A long wooden staff, similar to a broomstick can give the user great extension and intense striking power

The tonfa were originally the handles on a grinding stone. The tonfa became a weapon that was practical for offense and defense. It was so useful, that the police even adopted it as their baton.

Kama were just a sickle used for everyday life on the farm, but add a razor sharp curved blade and it’s not hard to see how it could be used as a lethal weapon

Sai The origin of the sai is not absolute. The Okinawans presented it as a basic tool to dig with or even hold a horse cart to its hitch. The sai is used for defending attacks by hooking weapons or opponents, striking or stabbing.

The eiku was an Okinawan style boat ore. A common weapon for the fisherman, not only could they strike with it, but they used the broad flat part to throw sand into their attacker’s face, potentially leaving him blinded and helpless.

The nunchaku most probably began as a non-combat tool in China and was adapted for self-defense purposes in Okinawa. Exactly what kind of tool, and who adapted is up for debate. Many believe that the nunchaku was a makeshift agricultural tool, fashioned into a combat weapon by farmers. While some argue that its shape and structure made it impractical for agricultural purposes and that it was used as a horse bridle.