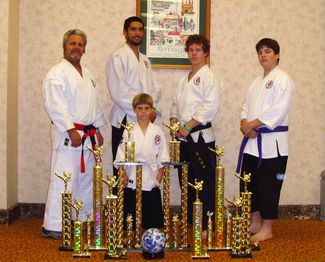 As a whole the team brought home 11 wins, 10 of which were top three positions plus Grand Champion. 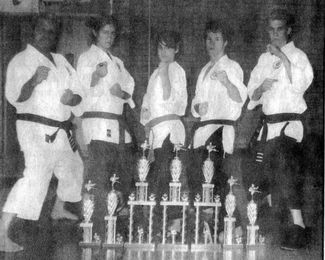 Five members of the Shinpu-Ren Family Karate School in Prescott, have returned victorious from the USKA California State Championships.

The tournament was held in Riverside on Tuesday March 21, 2006. Both Black Belt members of the team, Sensei Morris and Todd Keightley, captured First Place Titles in their Kumite divisions. One member of the team, Natalie Yslas captured a First place Title in Kata. All team members placed in the top three in all of their events.

The team finished up with: